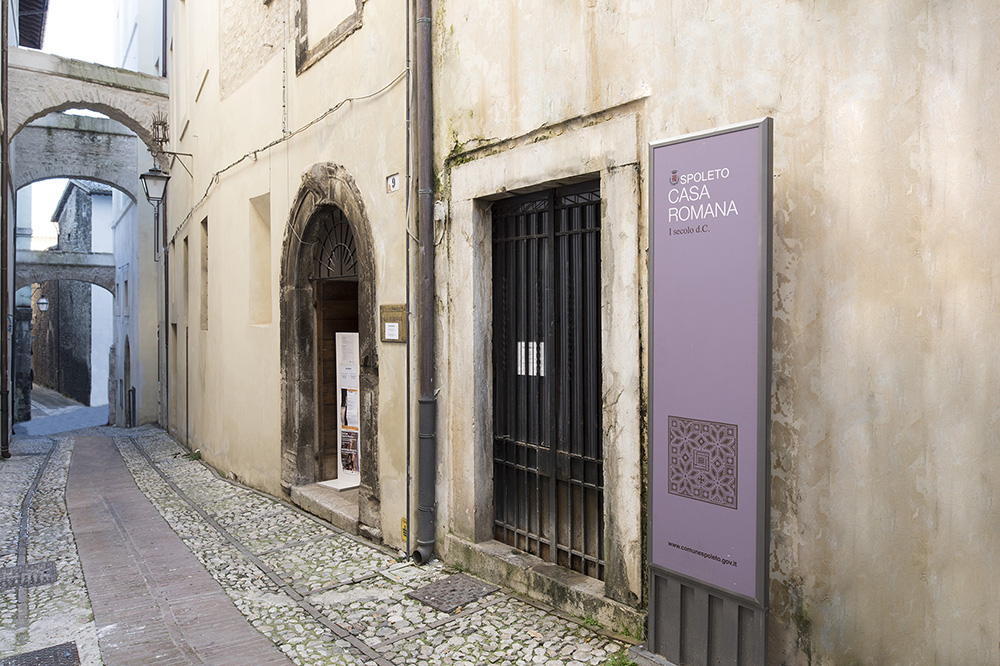 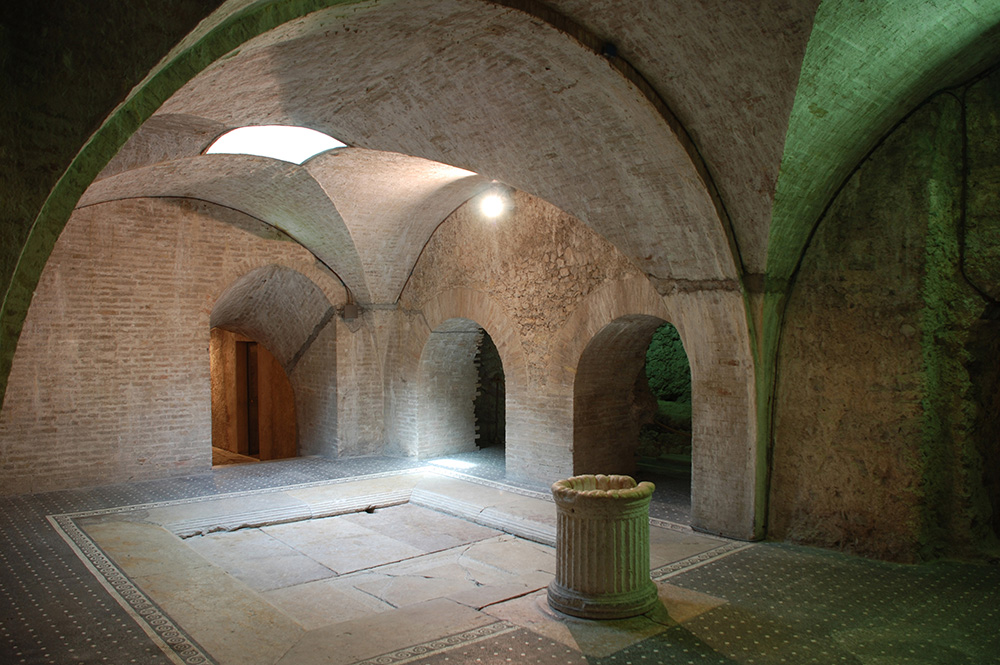 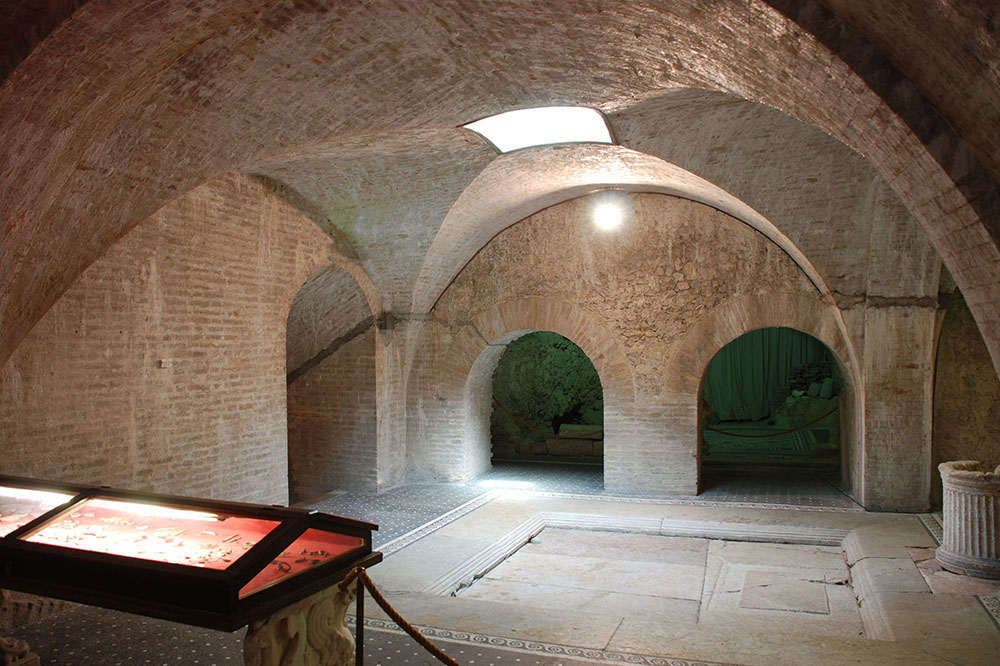 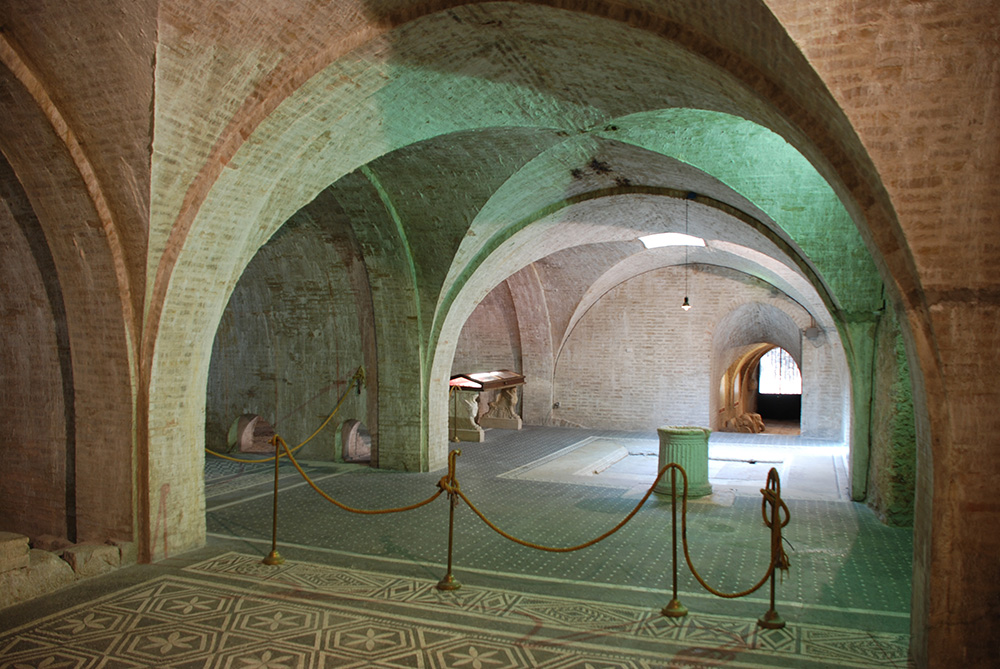 The first excavation campaign was undertaken between 1885 and 1886 by Spoletan archaeologist Giuseppe Sordini, thanks to funds secured by English ambassador sir Savile Lumeley; however, once the first funds dried out, it became necessary to wait until 1912, to finish the recovery of all spaces.
During the excavation, an inscription surfaced, bearing a dedication to emperor Caligola by a woman named Polla. This led to infer the house belonged to Vespasiano’s mother Vespasia Polla, who was born in Norcia and was the owner of a number of estates in the area between Norcia and Spoleto.
The domus dates back to the 1st century and its spaces still maintain almost intact mosaic floors. A short corridor leads to the atrium, at the centre of which there is the impluvium, with a tank underneath, and the compluvium, open on the roof.
At the sides there are cubicula and alae, secondary spaces that nonetheless feature remarkable mosaics. Past the atrium you access the tablinum, the house’s most prestigious space, flanked by the triclinium on the right, raised and adorned by fragments of frescoes, and by a room on the left that gives access to the peristilium, the garden of the house, of which only fragments of columns remain. 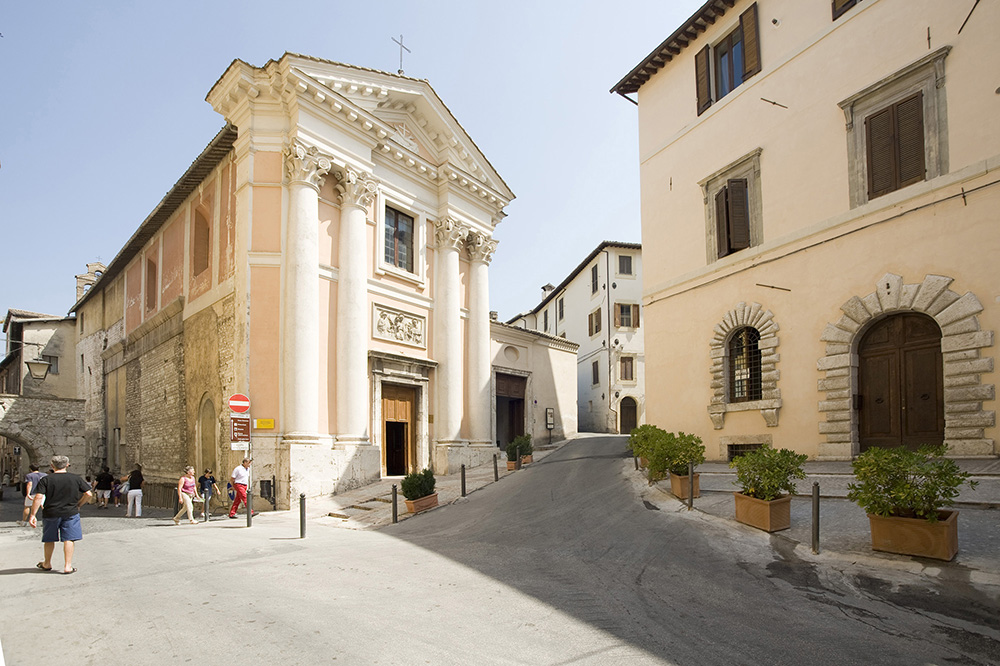 Church of St. Ansanus and Crypt of St. Isaac 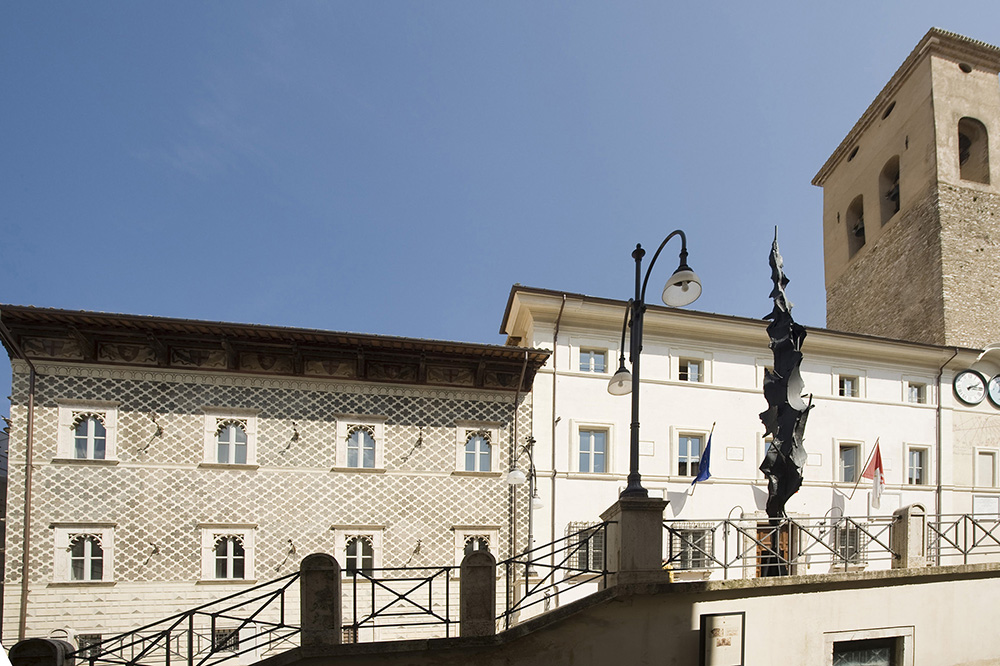 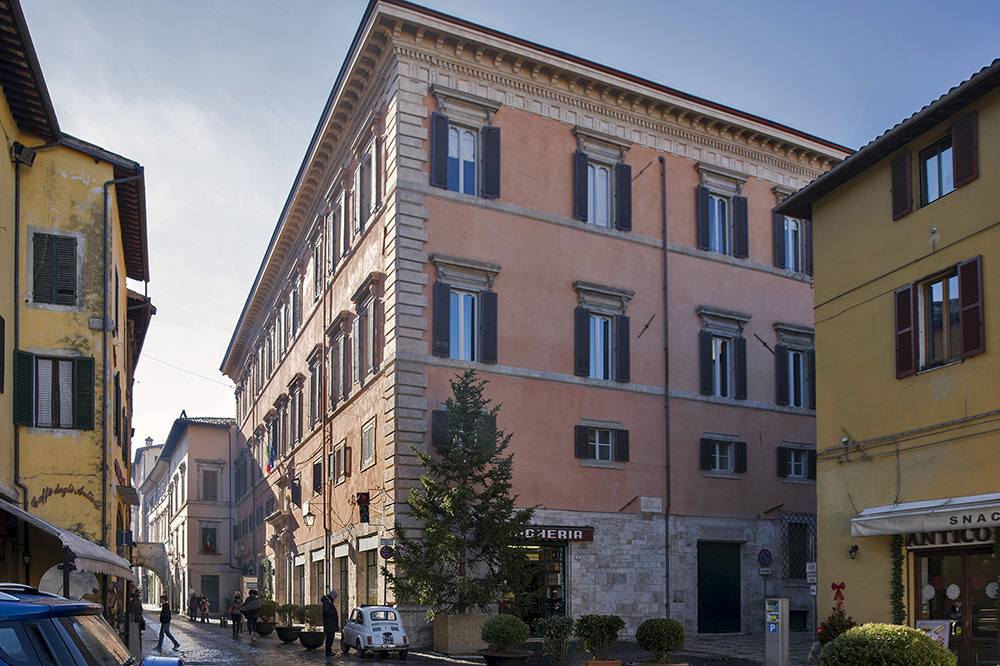 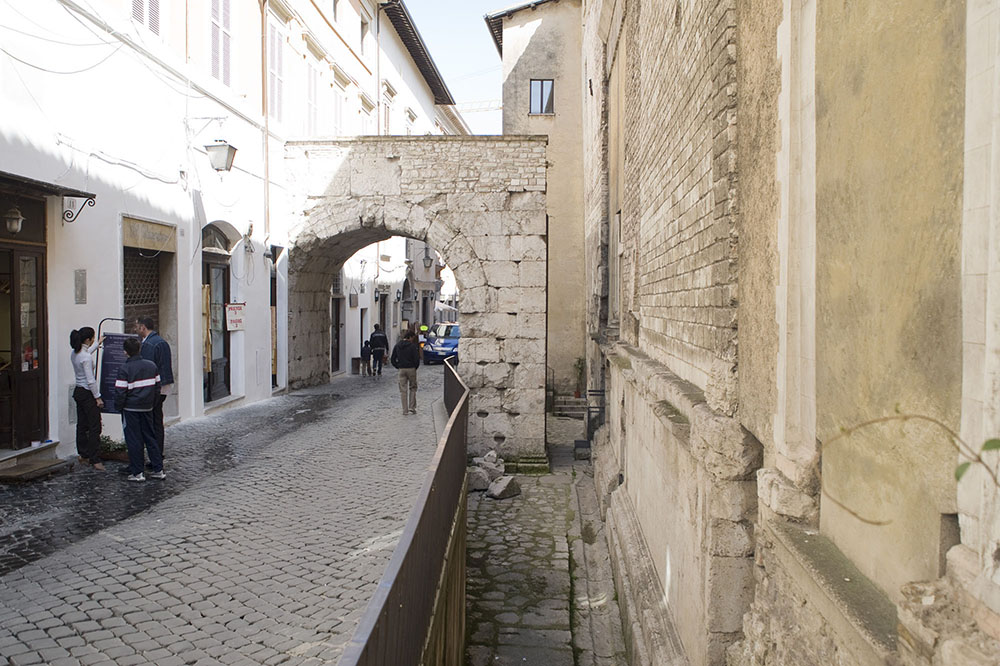 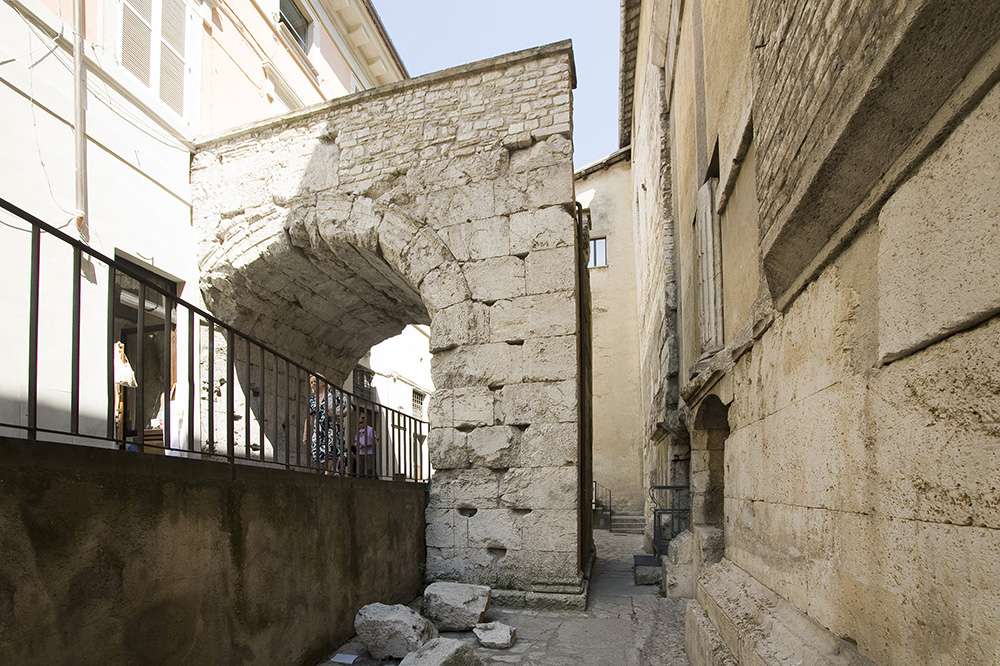 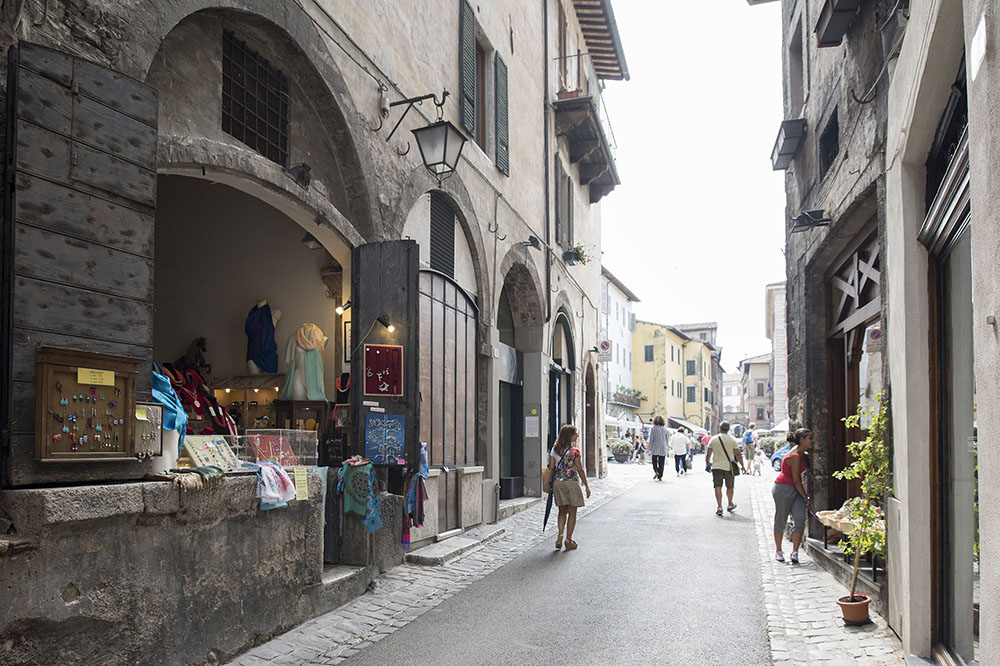 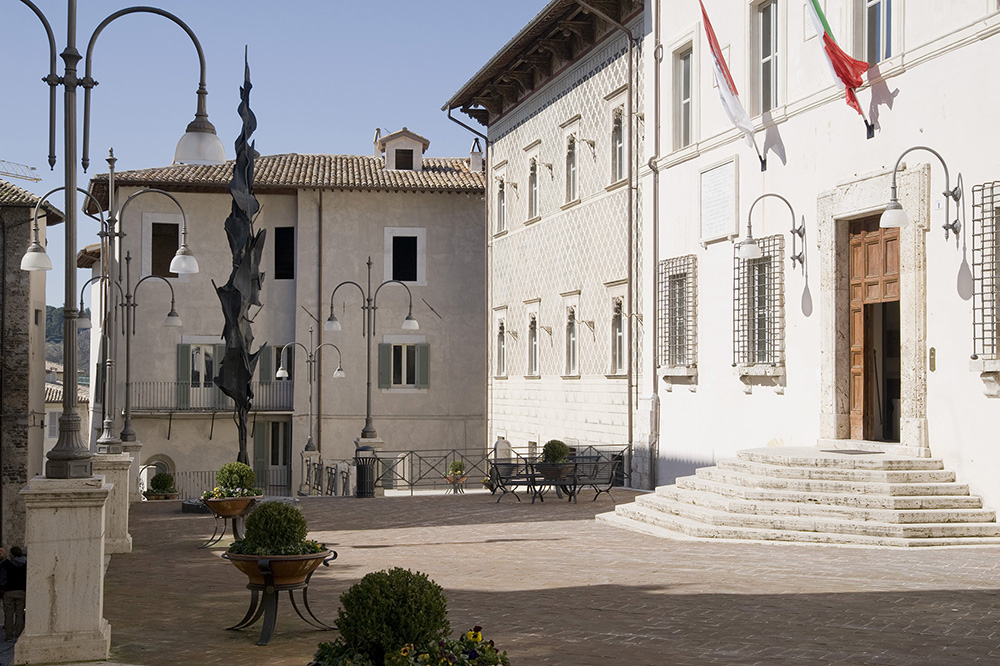